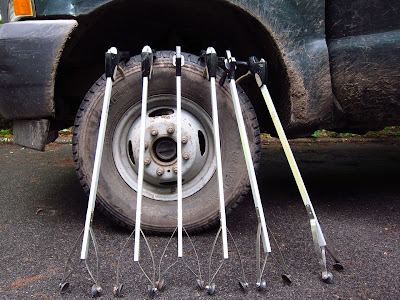 ...was created in July 2011 to document the sights and sounds of our Litter Mob in the Midwood section of Prospect Park. The blog catalogues trash but it also documents the flora, fauna and fungi in the woods, which are what drew me there in the first place. I would like to see the woods become the focus of nature studies and classroom trips, with signs highlighting some of the native and invasive flora in the forest, and their role in this ecosystem.

And by being there, by picking up trash, and not being silent about what we find, we aim to effect a change in the attitude towards the woods, on the part of the city, which has slashed funding to the parks, its paid custodians, the people who use it as a private club, and the public who tend to avoid it.

It's show and tell time.